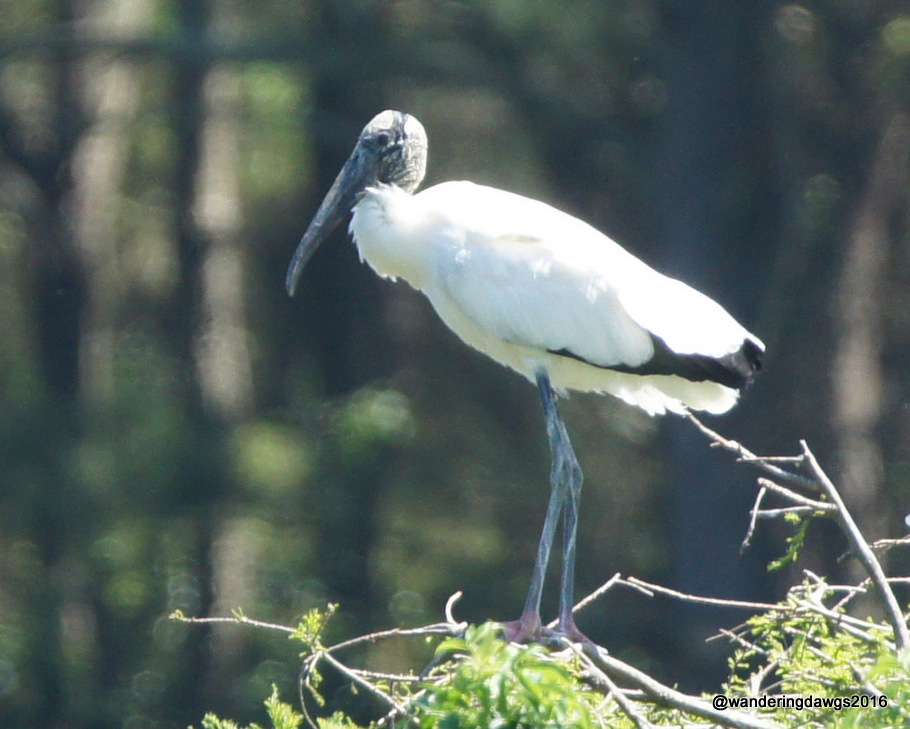 Wood storks, egrets, and herons build their nests every spring in the trees of Woody Pond at the Harris Neck National Wildlife Refuge. Located in Georgia just a few miles from I 95 in between Savannah and Brunswick, it is a great day trip from our home.

Wood storks were placed on the Endangered Species list in 1984. After almost 30 years of conservation efforts to increase the wood stork population, their status was upgraded to Threatened in June, 2014.

A path along the dike beside Woody Pond provides a great place to view the birds. The wood storks and egrets shared the trees.

Many of the wood storks were working on their nests. None of their eggs had hatched yet.

As I took photos, Henry used the spotting scope and pointed out a mother egret with chicks that I would have never seen. The nests were a long way from where we were so the picture isn’t the best but it gives you an idea of the size of the baby egret.

In the shallow water at the edge of the pond a tri-colored heron entertained us as he searched for food. 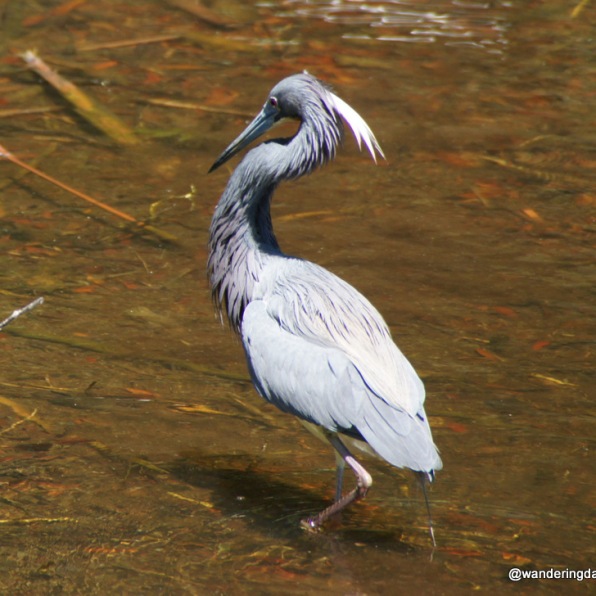 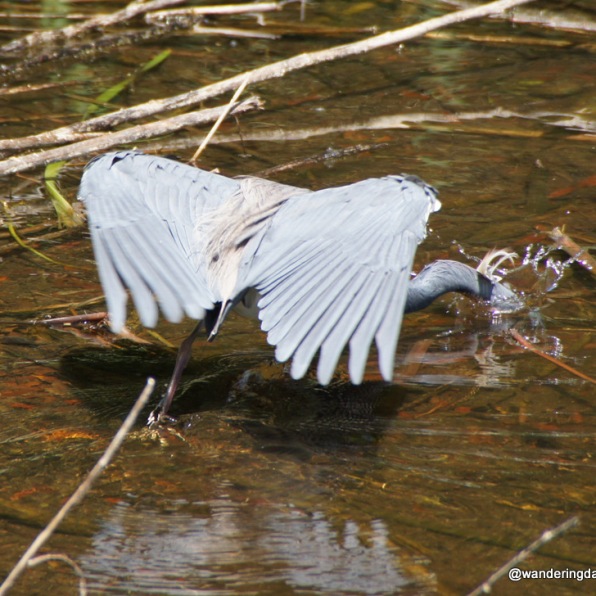 Tri Colored Heron gets his catch

After leaving the refuge we stopped at the Smallest Church in America to take a look and do a little geocaching.

An arsonist burned this church in November, 2015. The church is being rebuilt through the efforts of volunteers and the work is almost complete. 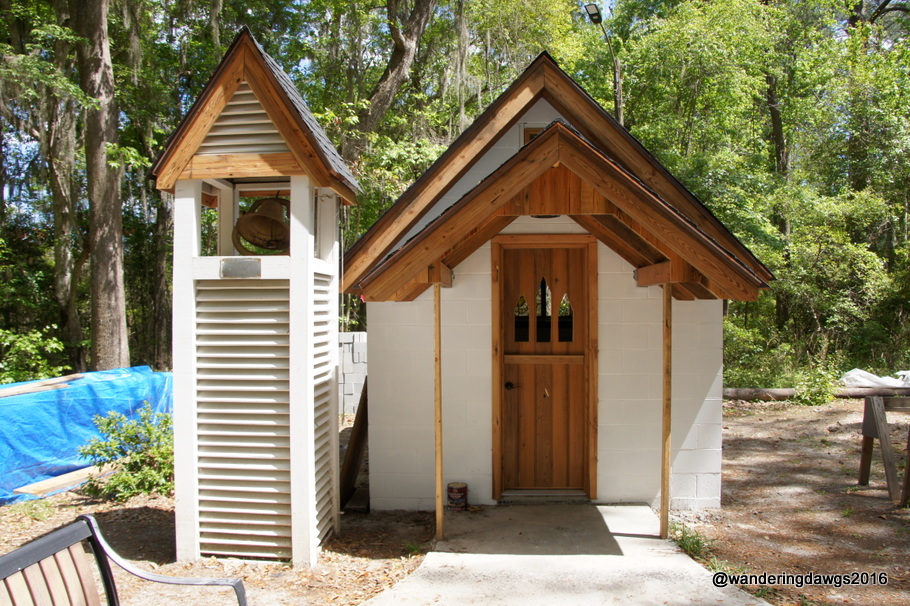 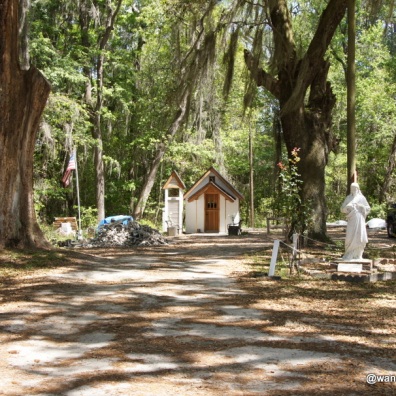 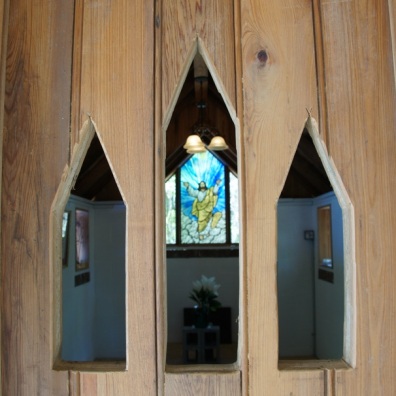 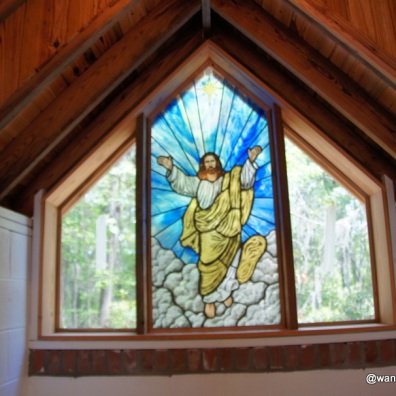 After finding the geocache hidden near the church we headed for home. 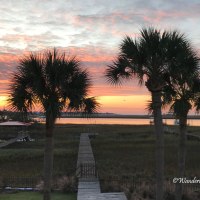 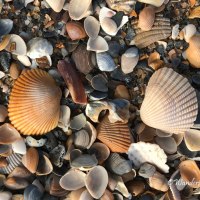 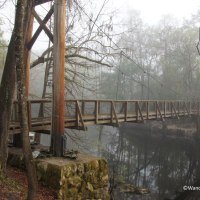 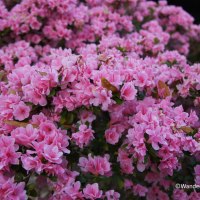 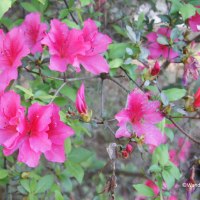 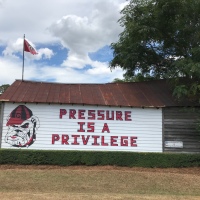