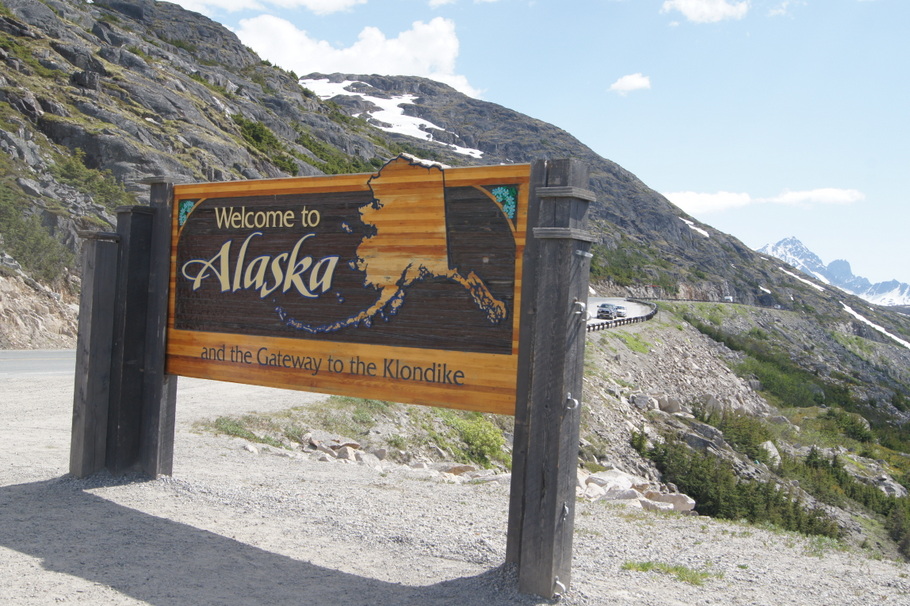 Exactly one year ago today we arrived in Skagway, Alaska on the 31st day of our journey from Georgia! We had a wonderful time as we traveled across the U.S. and through Alberta, British Columbia and Yukon but after 31 days we were ready to see Alaska. Here is my original post from Skagway after we finally arrived.

I was talking to a fellow traveler at the RV park in Watson Lake before we left there this morning and I commented that this was our 31st day on the road and we still weren’t in Alaska! Our plan for the day was to continue on the Alaska Highway to Whitehorse, Yukon and enter Alaska northwest of there in several days.

It was another beautiful drive on the Alaska Highway with some nice places to stop along the way. 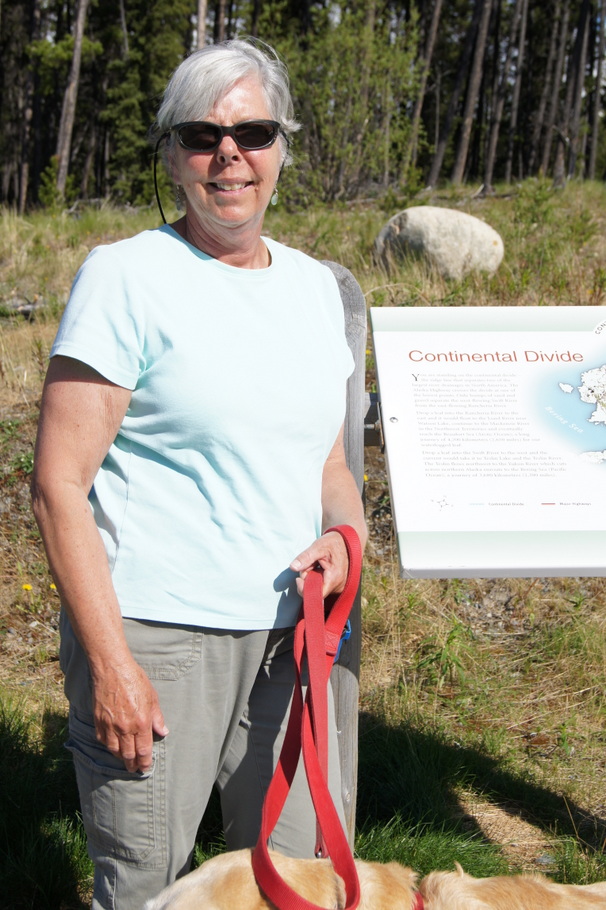 We crossed the Continental Divide 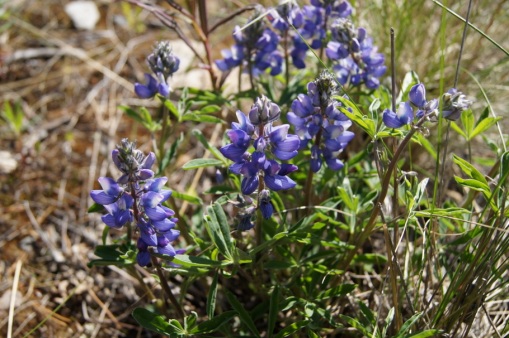 These purple wildflowers were growing all along the highway 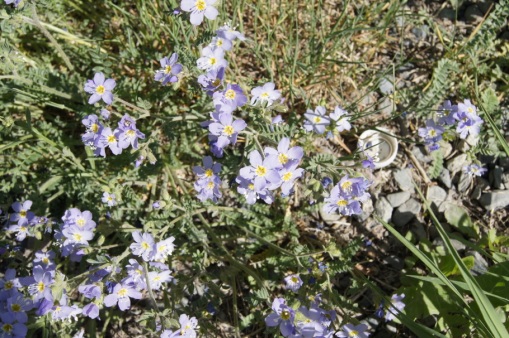 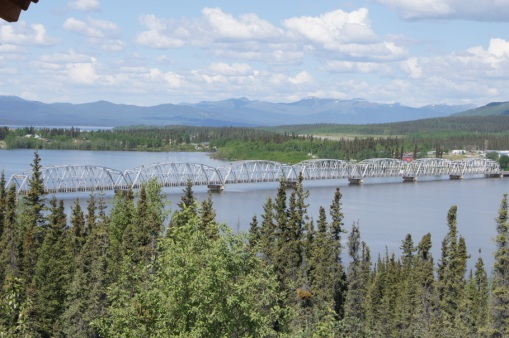 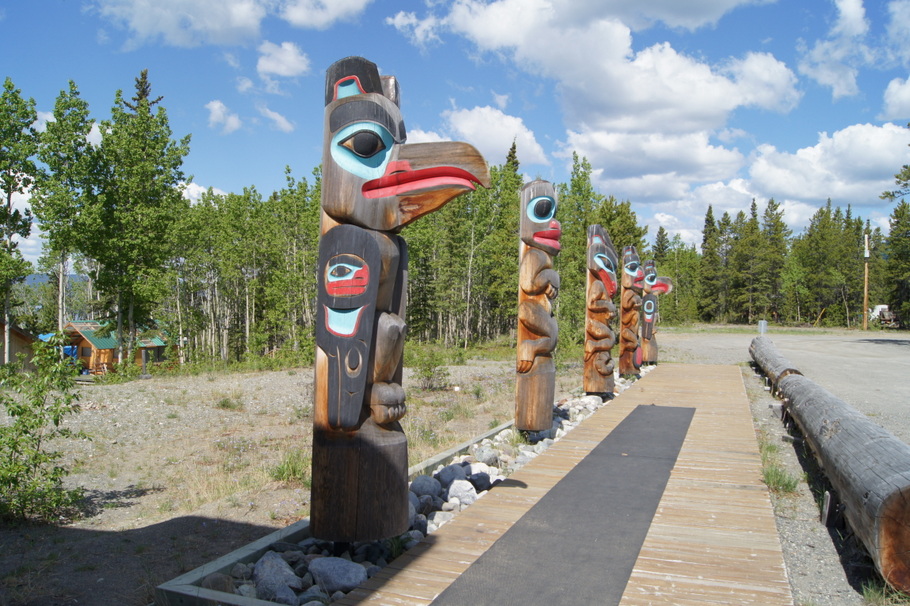 We stopped for lunch at a rest stop. While I was fixing lunch Henry walked over to read an interpretive sign. On the sign was a large map of the area. As we were eating he commented that we weren’t very far from Skagway. We talked about it for a few minutes and he was just as anxious to get to Alaska as I was. We had to make a decision as the turnoff to go to Skagway was in about  six miles. I entered Skagway into the GPS and it was 59 miles to Whitehorse and about 102 miles to Skagway. It was a no brainer. We were going to Skagway.

We left the Alaska Highway and off we went. We were about halfway to Skagway when I realized it was Saturday of Father’s Day weekend. What if all the rv parks were full? There was no cell service and no way to find out until we got there. I read ahead in the Milepost and saw in red letters warning of an 11 mile descent with 11% grade going into Skagway. I told Henry “There’s something coming up you’re not going to like.” There was no turning back.

The drive on the Klondike Highway was spectacular. Snow covered mountains, deep blue ice covered lakes. There were even two bears along the highway. We couldn’t stop to look at anything.

I kept checking my phone for cell service. We had to get AT&T when we got to Skagway, didn’t we?

Finally, we stopped for pictures at the Welcome to Alaska sign! We were really here!

We cleared customs with no problem and headed straight for the Pullen Creek RV Park hoping for one of the waterfront sites on the harbor. We asked for 2 nights, maybe 3. He said no problem, go pick one and come back and tell me where you are. After setting up, we were happy to just sit outside and enjoy the view. 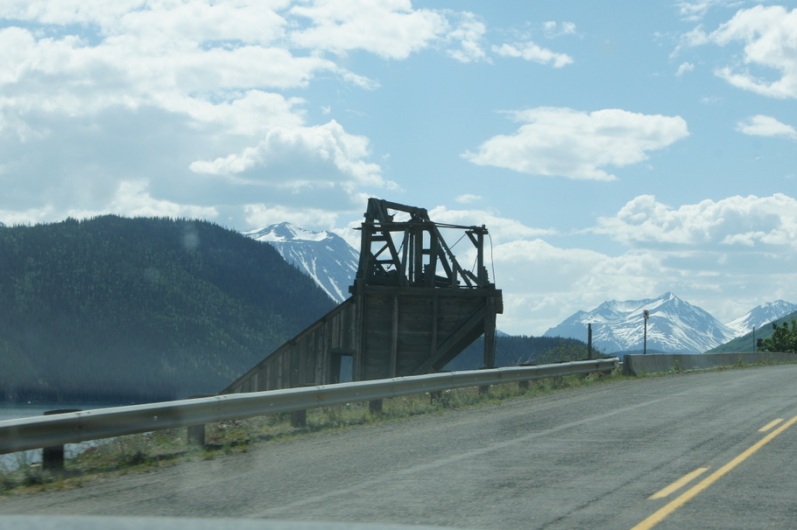 An old mine on the way to Skagway 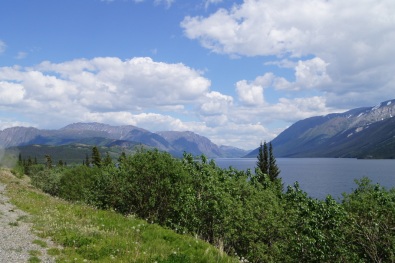 On the South Klondike Highway on the way to Skagway 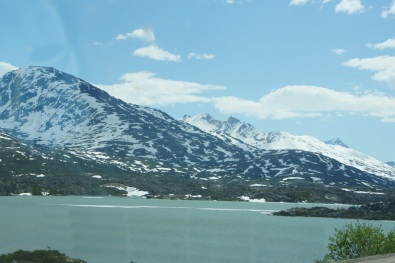 There is still ice on the lake 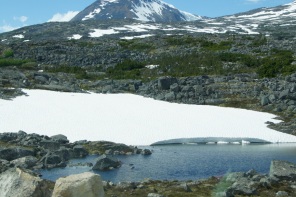 Over 70 degrees and there is still snow 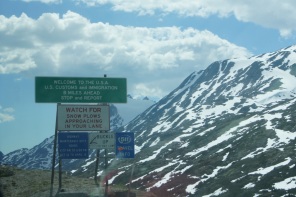 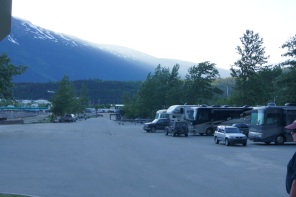 Our campsite is in the parking lot at the Skagway Harbor 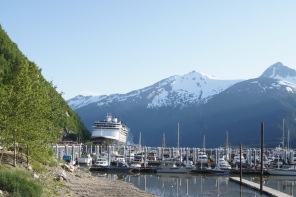 View from our campsite

Henry says I looked like I was going to cry when I saw AT&T with full bars and 3G come up on my phone. We called our kids and enjoyed the rest of the night.

18 thoughts on “Exactly one year ago: Welcome to Alaska!” 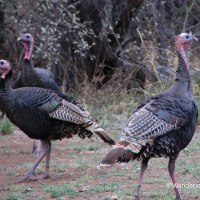 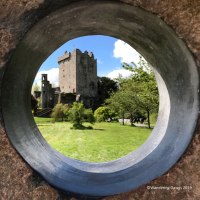 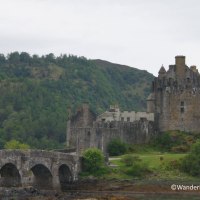 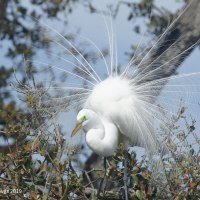 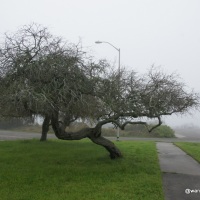 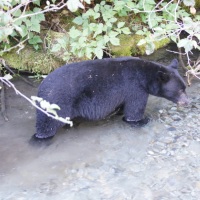 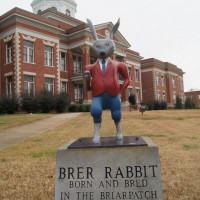